We are proud to recommend these great finds!!

A Newspaper Unlike Any Other 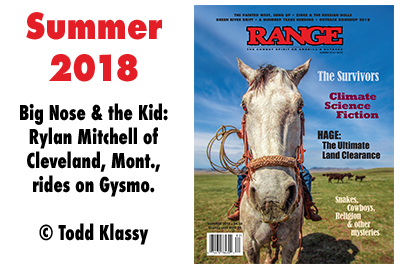 This is an amazing magazine in every respect.  The articles are well-written and informative for rural and urban readers alike but the PICTURES are just INCREDIBLE.  Super affordable and really something you'll look forward to receiving every month.  Give a subscription as a gift!!!!

Do you shy away from discussing the issue of political Islam?  Would you like to tackle the subject with conviction and clarity rather than emotion? THIS book shows you why those who truly follow Muhammad's teachings are not a religion of peace.  It is unlike any biography you have ever read and you won't be able to put it down.

Why all the car bombs, beheadings, and mass murders in the Middle East? Why the relentless killing of non-Muslims throughout the world by the followers of Muhammad's religion? Why Boston, Paris, San Bernardino, Brussels, Orlando, and, Nice, and now . . . ?

Author F. W. Burleigh draws on an academic, investigative, and literary background to bring forth this penetrating look at what is behind it all. Burleigh’s interest in Islam was sparked by the destruction of the World Trade Center on 9/11. The question guiding his studies was, “Why is there so much violence connected with this religion?” After a line-by-line scrutiny of 20,000 pages of the original literature of Islam, the author gives his blunt assessment in the title: It’s All About Muhammad.

The book contains 25 stunningly bold illustrations and is divided into three parts: The Cave, The Twilight Zone, and Darkness at Noon. The first 12 chapters explore evidence that Muhammad experienced epileptic fits that convinced him he was in communion with God. They explain the Koran and why Muhammad composed it the way he did. They show the humble origin of the Kabah, which only attained its cubic shape in the year A.D. 605 with Muhammad as a member of the construction crew. These first chapters also expose the magma chamber of hatred that formed in him due to traumatic early-life experiences, and they track the emergence of what can be described as a psychopathic nature. His belief in himself as the "last and final messenger" led him finally to declare war on all people who refused to accept him and his religion.

In the second part, Muhammad's magma erupts on the world. The book shows the creation of his al-qaeda--his base of operations in Yathrib (Medina) where he fled after the Meccans decided they had to kill him; his conflict with the Jewish tribes of Yathrib after they refused to accept him as their prophet; his genocide of the Jews including the beheading of the men of an entire tribe; the assassination of his critics; the battles and raids and orgies of rape, plunder, and slaughter; and finally his conquest of Mecca. Like a dramatic arc, these 18 chapters form Act II of a script that is still being played out today.

In the final part, Muhammad's conquest of all of Arabia is presented. This section also gives an account of his numerous wives and the expansion of his wars beyond the confines of the Arabian Peninsula. One of the final chapters explores his claim that he will be the first to be resurrected on the day of resurrection and that he will assist God in determining who goes to heaven.

What Muhammad created continues to wreak havoc on the world, and that is because Muslims are obligated to follow the example of Muhammad—his sunna, which is where the Sunnis take their name. And his sunna includes the example of the violence he committed against people who rejected him.

It is not sufficient any longer merely to raise the alarm about Islam--an ideology of submission to the will of a psychologically deformed and spiritually bankrupt man. What needs to accompany the alarm is a solution, and this book offers a solution: It is a matter of an aggressive, relentless, and unapologetic exposure of the truth about Muhammad in every graphic form possible, from illustrated books to docudramas to full-length feature films. With its 25 illustrations, It's All About Muhammad offers itself as an example of the approach. The truth about Muhammad is a powerful weapon of self-defense that people must take up to oppose and ultimately push back what he created. The truth about him can bring an end to what he created, and it is a weapon within the reach of everyone.

FOR MORE ABOUT IT'S ALL ABOUT MUHAMMAD, VISIT: http://itsallaboutmuhammad.com/

THIS BOOK IS A MUST READ

In America, the power grab of Technocracy is seen in the castrating of the Legislative Branch by the Executive Branch, replacing laws and lawmakers with Reflexive Law and regulators, and establishing regional Councils of Governments in every state to usurp sovereignty from cities, counties and states.

You feel the boot of Technocracy crushing you more every day but you can't fight it effectively if those who would enslave us have you chasing every cause under the sun.  It's time to FOCUS on the real problem facing us.

Listen to the show with author, Patrick Wood on "Technocracy Rising"

Charlotte Iserbyt - all about education

If you care about the education of our children

Recommend this page on:

OR become a monthly sponsor!